“Trust in the Lord with all your heart, And lean not on your own understanding;
In all your ways acknowledge Him, And He shall direct your paths.”

During the summer of 1978, Ron Goossen was preparing to enter his junior year of high school. The previous spring he had enrolled in an offset printing class at the area vo-tech school. He knew he was going to need a project. For the previous two summers, he had been serving as a Summer Missionary with CEF in Northeast Oklahoma. He had a concern about the kids he had taught during the summers. Some were taking correspondence courses, but others would fall by the wayside if they didn’t keep up with the lessons. Some would never enroll at all. What was to become of these children who had heard the Gospel presented and had responded? 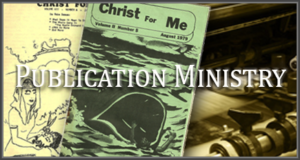 At Bible Camp, God provided the answer. Ron met Colin and Elizabeth Sylvester who served in South Africa. They printed a publication called the “Good News Magazine” for kids in their country. God placed the desire to do the same for the kids he taught in the summer. As he prayed about the project, the Lord gave him the name “Christ For Me” because of what Jesus Christ did in his own life. The decision was made to provide the publication free of charge to anyone who wanted to receive it. The magazine was his printing project for Vo-tech so the printing was provided by the school. People gave to the project to provide for mailing the publication. At first the magazine was sent to those who Ron taught during the summer, However, for the next several years, it was promoted through the 5-day clubs taught all over the state of Oklahoma.

The ministry was a part-time endeavor for Ron and his wife, Freida. Several volunteers helped with various aspects of the publication process. The Lord provided all the funds needed to print and mail the magazine. In 1998, the Christ For Me website was established. The site contained stories for kids and information about the ministry.

In the 1970’s, Dave and Elsie Richert began serving with the “Go Ye” Mission. Dave had a burden for the people in the rural community around Tahlequah, especially for the children. He wrote the first Bible course, the Gospel of John for kids. Using it as a tool to promote camp, it proved to be very effective. Soon more courses were added to meet the needs of both kids and adults. 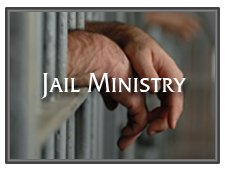 Many of the adults who took the courses began their study through the “Go Ye” prison ministry which was also started by Dave. At first, he held meetings at the local city jail in Tahlequah. As time passed, he ministered in six other institutions in Oklahoma. He was granted the special priviledge of holding Bible classes with the men on death row in the McAlister State Penitentiary. The Bible correspondence lessons became a very effective means of ministering to inmates and a great way to follow-up. He became the Director of the Prison and Mailbox Ministry of the Go Ye Mission in 1976. He served in that capacity until the Lord called him home in 1988. Bill Widbin became the next director and the ministry continued to grow. 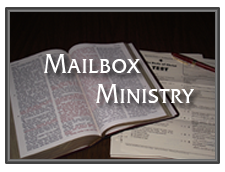 In 1999, the “Go Ye” Mission made the decision to refocus their ministry and began looking for another organization willing to assimilate the Mailbox and Prison ministry. Ron learned of this decision and met with them in October, 1999. In January, 2000,Christ For Me, Inc. moved to Tahlequah, Oklahoma and the Mailbox and Prison Ministry was officially transferred.

Since that time, the Lord has continued to grow the ministry. In 2001, God provided a building for the ministry. In just five months, He supplied the full purchase price of the facility of $140,000. Time and again, the Lord has shown Himself to be faithful in providing the financial needs of the ministry, as well as the staff requirements. Since, January, 2000, the ministry has grown and changed.